As we head into the end of the Financial Year for 2016 in Australia, I think it is worth looking at some of the perhaps surprising data that has appeared.
Australia’s economy added jobs in April and the unemployment rate held at a 2 1/2 year low of 5.7 % as the number of people in part-time roles increased.
The report signals that record-low interest rates are aiding a revival in industries like construction, tourism and education that’s helping soak up unemployed workers as a resource boom winds down.
The second straight month of jobs growth also provides a boon for a government seeking to push its economic credentials ahead of a July 2 election.
Still, wage growth is stagnant and the investment outlook remains weak.

The other really big news in terms of its effect on the property market is the decision by the major banks to eliminate or radically change lending to foreigners and markedly reduce the ability of Australian expatriates to obtain the same ability to access credit that they have been accustomed to.
This could be particularly painful for people who have already purchased properties that have not yet been completed when it comes time for settlement of these purchases.

According to the latest NAB Quarterly Australian Residential Property Survey, the share of demand coming from foreign buyers fell to a two-and-a-half-year low of 11.8 per cent, down from a peak of 16.8 per cent in the third quarter of 2014.
In its half-yearly Financial Stability Review released earlier this month, the RBA predicted that a substantial reduction in Chinese demand would likely weigh most heavily on the apartment markets of inner-city Melbourne and parts of Sydney “not only because Chinese buyers are particularly prevalent in these segments but also because other factors would reinforce any initial fall in prices”.

Australia’s central bank cut its benchmark interest rate to a record low and left the door open for further easing to counter a wave of disinflation that’s swept over the developed world.
Reserve Bank of Australia Governor Glenn Stevens and his board lowered the cash rate by 25 basis points to 1.75 percent and this should prove positive in relation to supporting the residential property market, especially as he has left the door open to further policy easing in the future if conditions warrant this.

In contrast to this, the banks have largely retreated from lending to property developers and have started to impose even tighter lending criteria for borrowers especially in areas that they see potentially suffering from an oversupply of properties. As long term property investors we actually welcome this as it will assist with the process of rebalancing the supply and demand equilibrium that tends to play out in every property cycle.
I look forward to reviewing to reviewing the outcome of the upcoming Federal Election and hence the ability of the proposed Budget changes being legislated.
Best Regards,
Dr Andrew Unterweger

Seasonally-adjusted GDP growth for the March quarter was 1.1 per cent, with the annual growth rate sitting at an impressive 3.1 per cent. 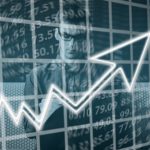 The Australian Bureau of Statistics (ABS) has released the National Accounts, which show the national GDP figure rose by 1.1 per cent for the March quarter and 3.1 per cent year-on-year.

The March quarter figure of 1.1 per cent is up from 0.7 per cent in the December 2015 quarter, and is above the market expectation of 0.8 per cent.

In a briefing note on the GDP figures, NAB Economics said the continued growth is consistent with the “closing phases” of the mining boom. read more >>> 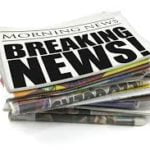 AMP Bank has classified foreign borrowers as “unacceptable”, while also cracking down on overseas income sources and currencies used for lending purposes.

According to a statement of credit policy changes provided to Mortgage Business by AMP, non-resident borrowers are now classified as an “unacceptable borrower type, unless a spouse/ defacto is a citizen or permanent resident of Australia or New Zealand and a borrower of the loan”.

The bank has also implemented a two-tiered system for foreign currencies as part of new LVR restrictions.

Where foreign income is used for serviceability from a tier 1 currency – the Canadian dollar, the British pound, the Hong Kong dollar, the Japanese yen, the New Zealand dollar, the Singapore dollar and the US dollar – the maximum LVR is now 70 per cent.

Where the Chinese yuan (a tier 2 currency) is used for serviceability, the LVR is now 50 per cent.

“Our standards are continually reviewed with market developments to ensure we remain a prudent and responsible lender,” an AMP spokesperson told Mortgage Business.

All 391 apartments offered by Lendlease Group at a project in Sydney were snapped up in just four hours on Saturday, indicating demand for inner-city homes remains buoyant despite looming oversupply.

More than 400 potential buyers turned up from 8 a.m. in Darling Square, a development on the western edge of Sydney’s central business district, for the apartments that were priced from A$630,000 ($452,000) for a studio to A$3.5 million for a three-bedroom penthouse, Sydney-based Lendlease said in an e-mailed statement.The sellout at the project, the final stage of Lendlease’s 1,500-apartment development, comes amid renewed investor confidence after a regulatory clampdown led to stiffer lending standards for landlords. About 47 percent of new home loans were to investors in March, the highest in seven months, according to government data. The nation’s biggest lenders reduced their mortgage rates after the central bank cut its benchmark on May 3 to 1.75 percent.

Lendlease experienced “strong demand” from local buyers for the project, it said in an e-mailed response to questions, without elaborating. Though owner-occupiers accounted for two-thirds of the demand when the first two stages were sold, it was too early to determine the ratio for the latest stage, the company said.
Sydney Surges
The demand for the homes comes as 34,300 new apartments are due to be completed in the next year, with the number set to more than double to 81,696 in the next 24 months, as soaring home prices led to a building boom, according to research firm CoreLogic Inc. Sydney home prices have risen 3.4 percent in the first 27 days of May, it said in an e-mail Monday.

A federal election in July doesn’t appear to have put off potential buyers. As part of its election promise, the main opposition Labor party has pledged to end a tax break for property investors known as negative gearing, wherein they deduct the costs of owning a rental property, including mortgage payments, from their taxable income. The ruling Liberal-National coalition has vowed to leave it unchanged.  read more >>

NAB restricts lending to foreigners
by Huntley Mitchell | Monday, 16 May 2016 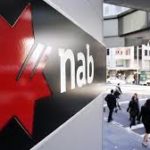 National Australia Bank has followed the other three major banks in tightening its mortgage lending criteria for non-residents.

Furthermore, the bank will no longer accept foreign-sourced self-employed income, and has tightened income verification requirements.

“All foreign home loan applications are considered on a case-by-case basis and assessed under strict verification standards for employment and income, as well [as] undertaking stringent risk processes,” a NAB spokesperson told Mortgage Business.

“These settings are continually reviewed and controls are tightened where necessary. NAB has limited appetite for this segment, which comprises less than 2 per cent of the NAB [loan] book.” read more>>> 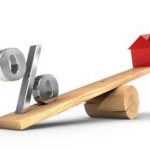 The Reserve Bank may choose to keep the cash rate on hold in June, but AMP Capital is betting on two more 25 basis point cuts by the end of calendar 2016.

AMP Capital chief economist Shane Oliver said the Reserve Bank is “waiting for more information” before it cuts, as indicated by the minutes from the RBA board’s May meeting.

“However, given the downside risks to inflation, particularly with wages growth falling to a record-low 2.1 per cent, constrained growth and the still-high Australian dollar, more rate cuts are likely,” Mr Oliver said.

“We are allowing for two more rate cuts this year, taking the cash rate to 1.25 per cent by year end.”

Since the RBA cut the cash rate to 1.75 per cent last month, Mr Oliver said, some people have argued the central bank should lower its inflation target because it cannot fight global commodity prices and should not worry about very low inflation.

“Such arguments are nonsense,” he said. “First, the whole point of having an inflation target is to anchor inflation expectations. If the target is just raised or lowered each time it looks like being seriously breached, then those expectations – which workers use to form wage demands and companies use in setting wages and prices – will simply move up or down depending on which way the target is changed. read more >>> 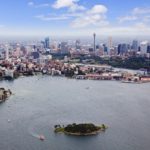 Dwelling values across the combined capital cities of Australia rose by 1.6 percent in May, according to CoreLogic RP Data.

According to the CoreLogic Hedonic Home Value Index Results, released today, the strong May numbers were largely the result of a surge in Sydney dwelling values which were up 3.1 percent over the month and 6.6 percent over the quarter.

Perth was the only city to record a fall in dwelling values over the month, down 2.7 percent.

Despite Sydney’s bounce in the trend rate of growth, Melbourne’s housing market is still recording the highest annual rate of capital gain at 13.9 percent. read more >>>

To Your Property Investing Success!

Book your complimentary consultation with our team here.