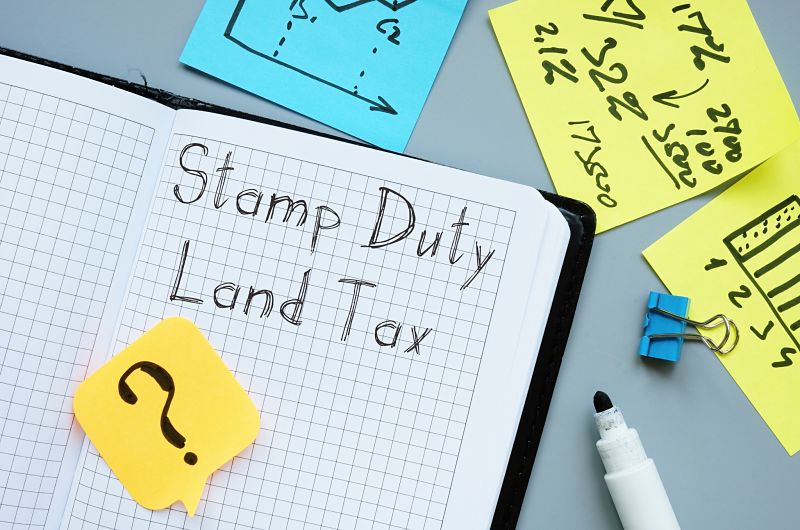 The NSW Government has announced a plan to abolish stamp duty and replace it with a land tax, in a bid to make property transactions easier and help people move homes when they need to.

Under the proposed changes, homebuyers in NSW will be able to choose between an ongoing land tax and paying stamp duty upfront.

On the surface, this seems like a good idea given that stamp duty, in general, is considered a highly inefficient tax that restricts mobility thus not allowing people to access employment or education opportunities.

The rate of land tax will vary between owner-occupiers, investors and commercial property buyers.

With the median house price in Sydney around $1 million dollars, homebuyers are faced with a stamp duty bill of approximately $40,000 should they choose to move or buy. This is on top of selling and other transaction costs, which can make life difficult for segments of the market.

The best example is the impact that stamp duty has on downsizers. Many retirees who are currently living in larger family homes, might like to move to smaller, more manageable types of properties, but the costs involved make it an unattractive option – effectively disincentivising them to do so.

A land tax might make them more likely to move and also increase the supply of family homes, which are generally highly desirable.

It is important to remember that unless you are buying a property, there would be no change. If you have already paid stamp duty on your existing property, you would not be subject to an annual property tax. There would be no double taxation

Looking at some of the key points in the NSW Government’s plan and how they have addressed some segments of the market that might face issues with the changes.

• The land tax is based on the unimproved land value, in the same way, councils charge their rates.
• Owner-occupiers will pay less than investors or owners of commercial property or farmland.
• If you already own the property, there would be no extra land tax charged.
• Initially, the Government will have a price threshold on properties eligible to move to a land tax, to help minimise their revenue shortfall.
• The Government is also looking to implement measures to protect renters from the costs of a land tax.
• First home buyers will also receive a rebate as they would no longer be eligible for a stamp duty concession.

What would this mean for property prices?

The first question Australians ask is how will this impact house prices? So far we have heard varying opinions from a range of experts and economists and of course, they differ.

There is a belief that initially, people might hold off on buying a property because there would be a number of people that will want to wait to take advantage of the changes. That could delay transactions initially and weigh on prices. However, the Government is also likely to offer some sort of rebate here to prevent that taking place as this is indeed supposed to make transactions increase.

Some people also believe that by reducing stamp duty, this could allow buyers more money to spend on a proposed acquisition. In the short-term, that could see an uplift in values as a result because human nature makes most people spend up to their limit.

However, longer-term, given that removing stamp duty makes the property market more efficient, we could see more family homes become available which could weigh on prices in that segment of the market.

On the surface, it appears that investors who want to buy and hold are going to be far worse off under a land tax scenario.

Based on the figures provided by the Government, owner-occupiers will be forced to pay $500 +0.3% of the land value each year.

In the data provided by the Government, for metropolitan NSW the average residential land value is around $630,400 and based on that amount the corresponding owner-occupied property tax would be $2,391 per year.

For investors, the land tax requirements are far higher and they will be forced to pay, $1500 +1.0% of the land value each year which would end up being $7,804 per year.

Even owner-occupiers who want to live in their home for over 10 years will be far worse off under a land tax. For apartments, given that they have a smaller land component, it might make the decision a little closer.

What is likely to occur, is that those looking to hold properties for a short period of time, might look to pay land tax, while longer-term investors and owner-occupiers would likely still be better off paying stamp duty upfront.

It is also important to note that once a property moves to a land tax when it is sold in the future, it will remain that way and the purchaser won’t be able to elect to pay stamp duty.

Having the option to choose between stamp duty and land tax is a good way of approaching these potential changes.

However, at this stage for long-term investors in NSW, a land tax might not stack up just yet. and we will need to wait for more clarity about the final proposals before giving this too much thought now.