Will Brisbane Be the Big Winner from the Sydney Boom? 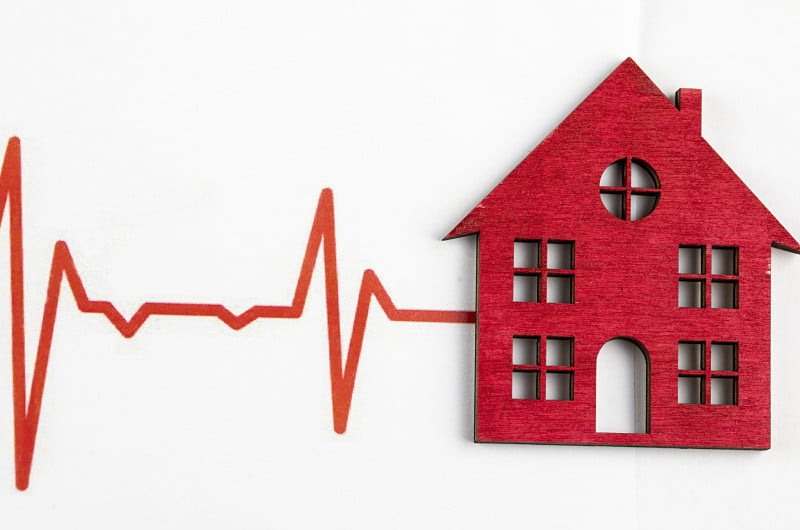 When asked most people would consider Sydney to be a far stronger economy than Brisbane, with far higher wages.

Sydney is a global city by most measures, not dissimilar to the likes of New York or London. Sydney is one of the economic powerhouses of Australia and along with Melbourne is growing at a rapid pace thanks to strong overseas migration numbers.

On the surface, it would appear that the opportunity for good wages would be in Sydney, certainly in comparison to Brisbane. However, according to the ABS, the stats paint a more interesting picture.

So it is perhaps a clue as to why Brisbane is shaping up as an interesting opportunity for property investors.

Given the cost of living and the cost of housing in both Sydney and Melbourne, we are starting to see more and more people choosing to leave those two cities and move to Brisbane.

In fact, based on recent numbers, around 16,000 people each year are relocating from across the country to Brisbane. And it’s predominately from Sydney and NSW. Brisbane is, in fact, the leading capital city in Australia for net interstate migration according to the ABS.

And when you dig into the numbers, it starts to become more obvious as to why that might be the case. The median dwelling value in Sydney is currently $817,886 according to CoreLogic, while in Brisbane it’s around $493,426. So the average home in Brisbane is around half the price of Sydney.

After the most recent boom in house prices in Sydney and Melbourne, many homeowners and investors are now sitting on million-dollar equity positions. Instead of trying to pay off debt or up-size, it appears that many are choosing to cash out and upgrade their lifestyle in the process.

Anecdotally, a young family is able to purchase a large home and pay for it outright, in a better relative location, while still maintaining a great lifestyle, if they choose to move to Brisbane.

And the important stat to note is that there are still going to be employment opportunities comparable to Sydney. That’s clear by the fact that median weekly wages are on a similar level.

Another point is that at the moment, the building supply in Brisbane is not keeping up with demand. If there are around 16,000 new arrivals coming each year according to the ABS, then they will want high-quality homes to live in, certainly if they are leaving a cosmopolitan city like Sydney. 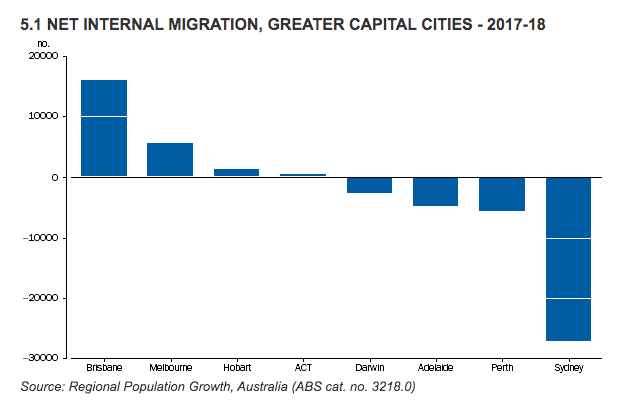 As it stands, we are seeing around 2-3000 low-end properties being constructed. Which is clearly not adequate in the short-term. Both in terms of the raw numbers and also in regards to what the market wants. So demand is strong and supply has not caught up.

If a family is going to relocate away from Sydney, they are going to want to be able to move into a far superior home. Many are likely moving from small inner-city apartments and are excited at the prospect of owning a 4-bedroom home on a large block. At this stage, it appears the construction numbers haven’t caught up.

There’s also the lifestyle factors like less traffic, it’s less crowded, the overall costs are lower which all contribute to a better lifestyle – particularly for families.

This is also not likely to be a short-term phenomenon. People who are choosing to move to Queensland and likely doing so for the long-haul. So this is very likely to be a trend that we see over a number of years.

We are already seeing vacancy rates trending lower, with the peak coming at the height of the property boom in Sydney and Melbourne. Since then it has been steadily decreasing and is sitting at 2.3%. It’s still not the tightest rental market in the country, but the trend is heading in the right direction for property investors.

The next 3-5 years will be a time that many of those cashed-up Sydney families decide to look for greener pastures and that might very well mean Brisbane’s population continues to expand.

All these factors make it an interesting time to be investing in the Queensland market and it could very well mark the early stages of the next growth stage across the state based on the population movements alone.