Property Prices Holding Up Well During May

It was very likely that when the latest CoreLogic data was released on house prices, there were a number of doomsayers who were a little disappointed.

While prices across the major capital cities did decline by -0.5 per cent, this is a long way from the 30 per cent falls that some were suggesting.

Overall, while there has been some mild weakness, even the analysts at CoreLogic, pointed out just how ‘resilient’ the property market appears to be at the moment. This is really positive for what might lie ahead.

Around the country, we saw that Melbourne was the worst performer with falls of -0.9 per cent. Sydney also fell away slightly by -0.4 per cent.

These two markets, in particular, have been negatively impacted more so by the lack of auction activity, and that is clear when you examine where the largest falls came from. According to Corelogic the top end of the market, the vendors that are more often than not looking to sell via the auction process fell away more than other areas. 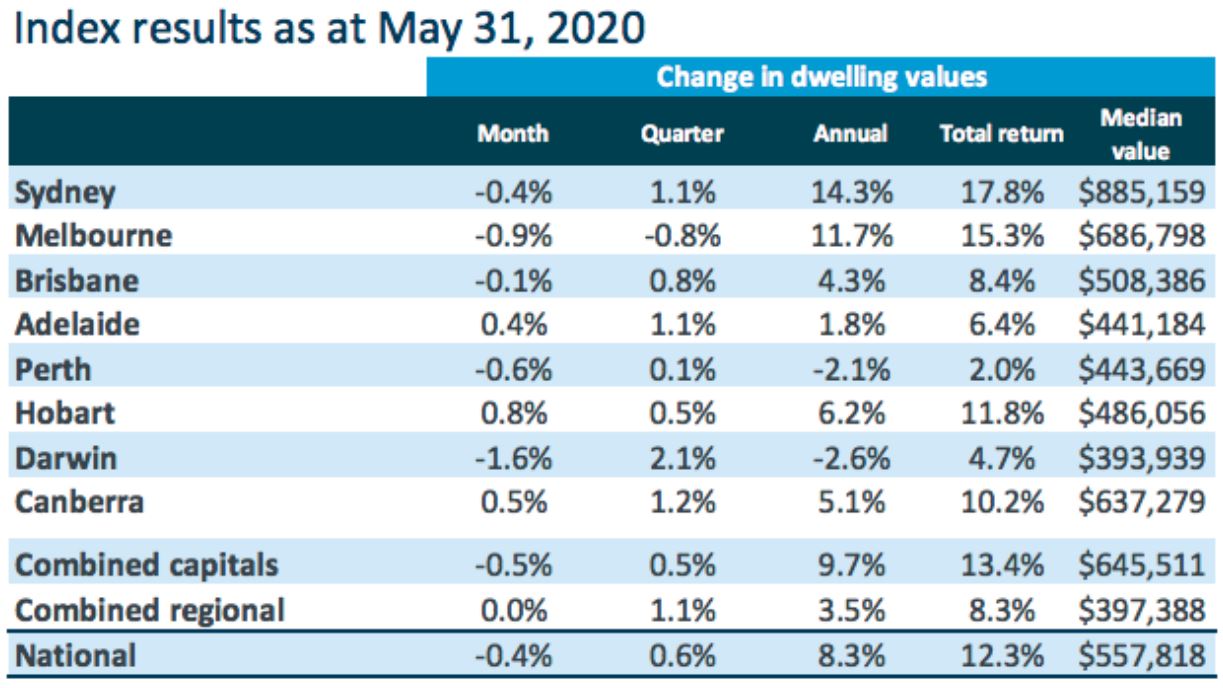 During the lockdown period, there were many vendors forced to sell using private treaty or even online auctions, which has made it a tricky time to transact properties. Or at least different to normal market conditions.

But again, prices have really not moved all that much as a result. We just have to look at what the annual data is telling us and we can see that both Sydney and Melbourne again come out on top.

Values across Sydney are up +14.3 per cent annually with Melbourne +11.7 per cent. Prior to COVID, auction clearance rates were pushing into the high 70s and low 80s which is not a sign of a weak housing market.

Certainly, COVID has created some fear and uncertainty and more than anything that has weighed on consumer sentiment. As the economy reopens and the states unwind their social distancing measures, we can see sentiment improving by the week with a very sharp bounce in May. 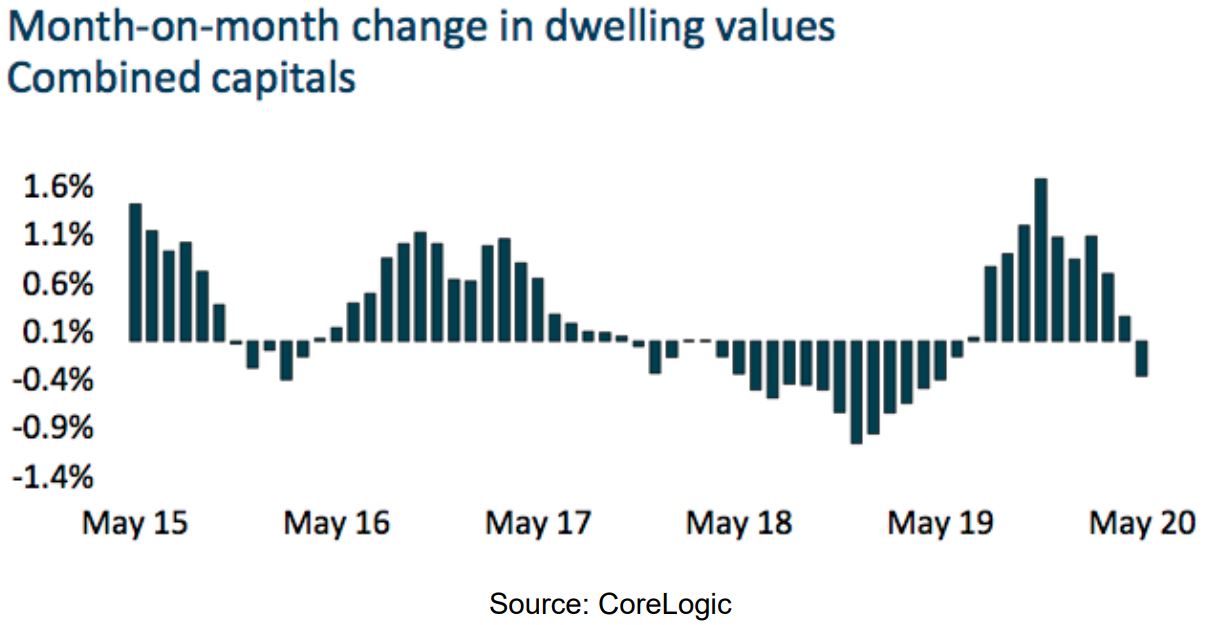 Are We in a Recession?

On top of the slight dip in house prices, the very same doomsayers were up in arms at the fact that Australia was staring down the barrel of its first recession in 30 years. The definition of a recession is two consecutive periods of negative economic growth. Based on the data this week, it looks like Q1 of 2020 is showing negative growth, albeit only marginally at -0.3 per cent and everyone expects the June quarter to be terrible. 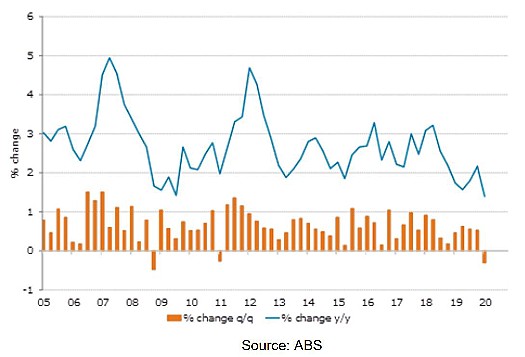 Some of the reasons for this were falls in consumer spending (-1.1%), while housing construction (-1.7%) and business investment (-0.8%) also fell. It isn’t surprising to see consumer spending fall, when the country is in lockdown, so that is likely to start increasing rapidly.

We’ve also seen the announcement this week of the ‘HomeBuilder’ grant which is aimed at boosting the construction and building industry. While many builders have been carrying on working throughout the lockdown, the number of people that have put projects on hold has been worrisome. The new stimulus will see those building or renovating homes (under certain criteria) receive a $25,000 grant.

The Housing Industry Association estimates at least 14,000 renovations costing over $150,000 are undertaken every year, so there will be plenty of people who will qualify for the grants. This will hopefully have its intended effect and start to boost the sector – albeit as a short-term measure. 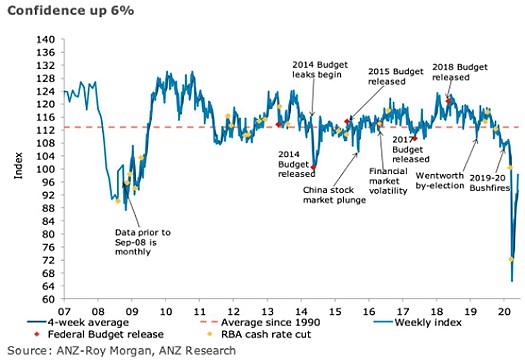 According to the latest ANZ research, confidence has been bouncing back and has been getting gradually higher for the last nine weeks as well.

Given the extent of the Monetary Policy easing with the cash rate now at 0.25 % and ongoing RBA intervention to ensure ultra-low rates at least for the next few years, there is every reason to be confident that house prices will continue to buck the trend and remain resilient.