The Perfect Storm for Borrowers and Property Investors

It appears as though the Government and the RBA are pulling out all stops in a bid to get people to borrow, invest and spend money to stimulate the economy and create employment.

The latest decision by the RBA to slash interest rates to a record low 0.1 per cent and embark on a range of QE initiatives, is a double-edged sword for many, with investors and borrowers likely to win big at the expense of savers and retirees.

For those not looking to invest, they stand to be the big losers as we enter a period of record-low interest rates and easing monetary policy.

As it currently stands, RBA Governor Phillip Lowe has made it very clear that he’s not all that concerned about inflating property prices, but “will keep an eye on it”. In fact, inflation is his ultimate goal for the foreseeable future.

Despite the early calls by Economists and experts alike that property prices would tumble by up to 30 per cent or more, the reality is that house prices have fallen just 2.6 per cent across the country and as of last month have now started to increase.

According to the latest data from CoreLogic house prices increased by 0.4 per cent in October with all major capitals cites bar Melbourne increasing in value.

There is also a clear push towards the regional areas and quality outer suburbs where house prices are rising more rapidly than expected with low stock levels also a contributing factor.

With most investment properties now either neutrally geared at worst or largely positively geared, there might not be a more opportune time in our history to look to invest in quality property assets.

RBA Governor Lowe also made it very clear that the record low interest rates would be staying at their current low levels for at least three years and he is prepared to do more if necessary.

The main concern for many investors is what might happen when interest rates do eventually rise?

In fact, the reality is that the banks are still assessing applications with floor rates 2-3 per cent higher than underlying mortgage rates on a P&I basis. So even if interest rates double in the next five years, these people will still be under no real financial pressure in meeting their loan repayments.

Compare the current level of interest rates from only a decade ago, when they were sitting around 7.5 per cent for mortgages and it’s clear that there is plenty of wiggle room for homeowners and no real mortgage stress on the horizon if you have stable employment.

It’s also worth noting that the vast majority of those people looking to take advantage of the current climate are first home buyers and upgraders. 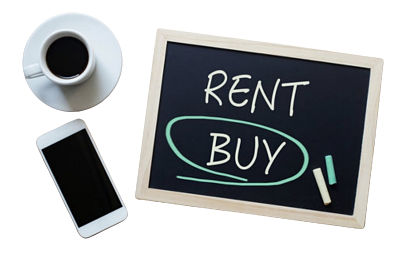 Given that it is now cheaper to buy than rent in almost all locations, the incentive to purchase property appears to be higher than it has ever been before.

The major banks have used the latest rate cut to target the home buyer segment with variable and fixed interest rates from 1.99%.

Once again, the real risk in the current environment is missing out. For those risk-averse investors and retirees, with large portions of their cash tied up in term deposits and bonds, things are not looking as promising.

12-month term deposit rates are currently sitting around 0.6 per cent and that is likely to fall to something around 0.45 per cent after the latest cuts are potentially passed on in full.

Clearly, at the moment, the risk is not acting if you have the ability to do so.

The RBA is making it clear that you should be borrowing to invest or at the very least do something intelligent with your money if you can.

Rising house prices are an important ingredient for both the Government and the RBA as it is well known that as the value of people’s home rises, their perception of their own wealth also rises. That leads to higher confidence which translates into increased consumer spending.

One of the big risks the RBA faces is if people decide to squirrel away their funds and pay off debts instead of spending or better yet putting that money to work to create jobs and stoke inflation.

So far it seems like there has been a strong push towards people buying properties which will likely see more upward pressure on house prices and the shot in the arm for confidence.

With that in mind, it might be well worth thinking about putting some money to work, while the affordable money tap is turned on and you have stable employment to provide some peace of mind.

Our own research indicates that the biggest challenge many homebuyers are facing in the current market is trying to find a suitable property to buy at what they consider the “right price”, with vendors of sought after properties now often receiving bids above their asking price.

This is where property investors may have an edge as many of the emotional factors that influence home buyers should not be the driving force in creating the acquisition, although it is worth bearing in mind that quality properties are not needing any discount to sell.

We will continue to monitor what the banks do over the coming weeks as the Big 4 and most others have not come out with any reductions to their investment loan interest rates to date.