2019 has started to look like a tale of two halves. In the early part of the year, property pundits were doom and gloom as the political and regulatory fallout from the most recent housing boom weighed heavily on market sentiment.

APRA had been hard on lenders and that was keeping borrowers under wraps. At the same time, a looming Labor victory and the possible removal of negative gearing tax benefits was hitting home for property investors.

While there were many experts suggesting, the fall in property prices in Sydney and Melbourne could extend to 20 to 30% declines from their peak.

Fast forward, six months and we are staring at a vastly different landscape in those two cities as well as the rest of the country.

If the last set of CoreLogic housing data is anything to go by, we could very well see Sydney and Melbourne regaining their 2017 highs, early in the new year.

Sydney recorded a staggering 2.7% jump in median dwelling values in November, which was the highest in over 30 years. In the past three months, values have soared 6.2%.

While in Melbourne, values jumped 2.4% with the quarterly return now the best in the country at 6.4%. Melbourne is now just -3.7% off their 2017 highs and that gap is closing at a rapid rate.

Across the country, values lifted by 1.7%, with even the Perth market, which has been in decline since 2014 finally starting to show some signs of life. 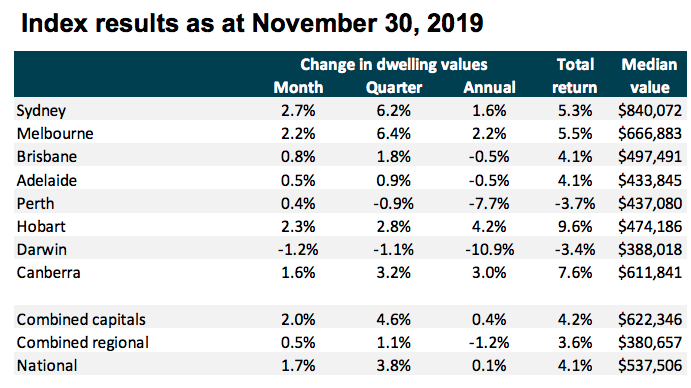 While the regulatory changes and a Liberal victory helped bring buyers back to the market, property investors also have the RBA to thank. Governor Lowe and the board have overseen three interest rate cuts this year and the market is now expecting the next 25 basis point cut to come in February 2020.

There is little doubt that the RBA has been a major driver of the uptick in property prices, but they too are starting to look to the property market to help reinvigorate the economy.

Governor Lowe, who has suggested the economy has reached a ‘gentle turning point’, is positive on the property uptick.

So for the time being, we have to assume that the increase in property prices won’t be weighing on his thinking about further cuts. At least, not at the February meeting. So that would suggest rates might continue to sit at the lowest levels we’ve seen since the 1950s.

From here, we can then start to look at what might happen in the future.

Throughout this most recent lift in prices, we’ve been hearing that on the ground supply is low. Particularly for those looking for premium homes in higher-end areas.

At auction, numbers have been in the low 80’s in Sydney and the high 70’s in Melbourne consistently now for many months. Anecdotally, we also hear that many auctions are seeing 4-5 active bidders, strong crowd sizes and plenty of interest at open homes.

So the question now appears to be whether the supply can catch up with demand in the short-term. The fact that active bidder numbers are sitting around 4-5 and only one can be successful at each auction, would suggest there are still plenty of motivated buyers out there.

On the flip side, the latest data from SQM has shown that residential listings rose by 6.3% across the country during the month of November, however, stock levels were still 6.3% lower than a year ago.

In Sydney, stock levels jumped 7.1% in November, while in Melbourne they increased by 10.7%. But even with the rise in listings, stock is still getting absorbed faster than it can come onto the market. This is certainly the case in premium areas that have seen the bulk of the increase in prices. So it does appear that the stock is slowly coming but perhaps not fast enough to meet demand.

There is also some degree of urgency this time of year as buyers look to get deals done ahead of the holiday period. But the same could be said of the impact it has on the sellers. Most agents like to use a four-week marketing campaign ahead of auction, but with the Christmas and New Year break looming, would-be sellers might well be waiting to list in early January. Although there are reports that the hot market is enticing some to run three or even two and a half week campaigns.

Nevertheless, it appears that confidence is back from the buyers perspective, while vendors are now jumping on board too.

With interest rates expected to remain at a low level for an ‘extended period of time’, it’s fair to assume that we should see more strength in the months ahead. At least until listing volumes are able to catch up with buyer demand. 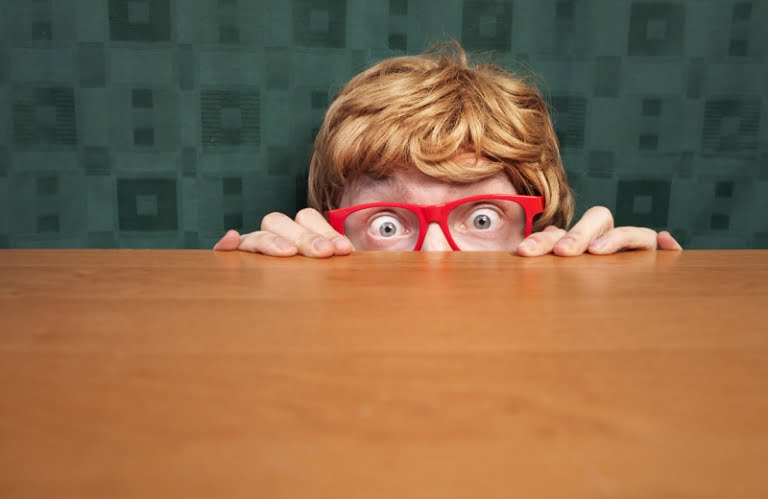 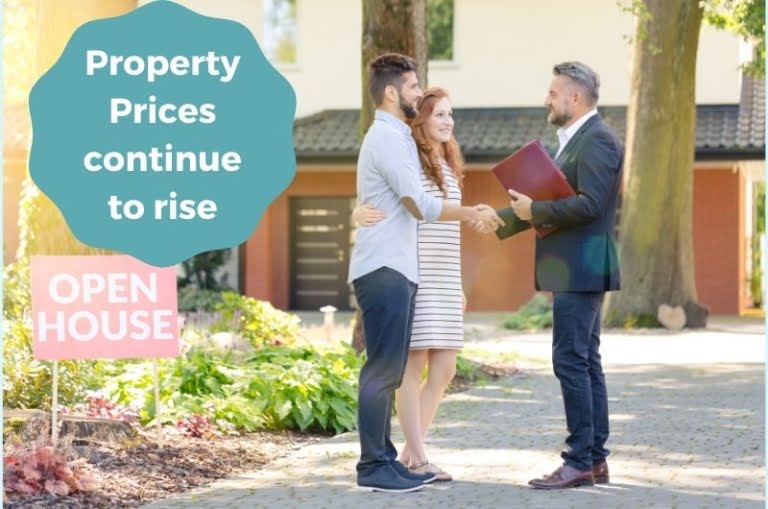 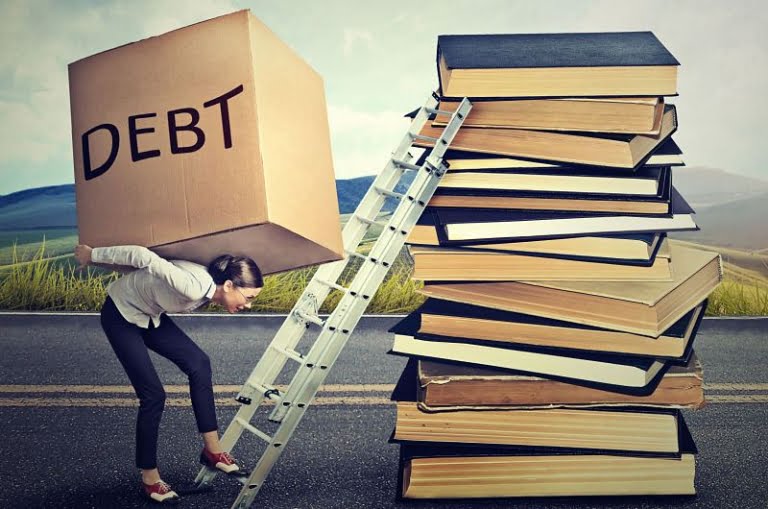 It’s pretty clear that the Australian Government is doing whatever it can to clamp down on those Australian’s living and working overseas who are (generally speaking) not paying taxes in Australia. One of the ways they have started to do this is by calling up non-residents to start paying off any of their student debt…. 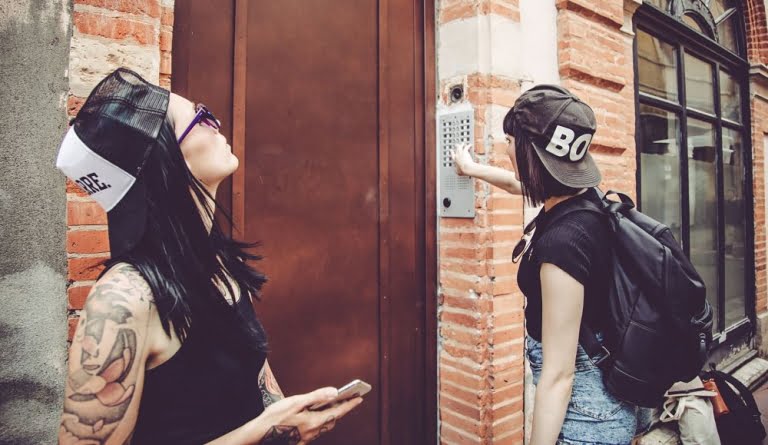